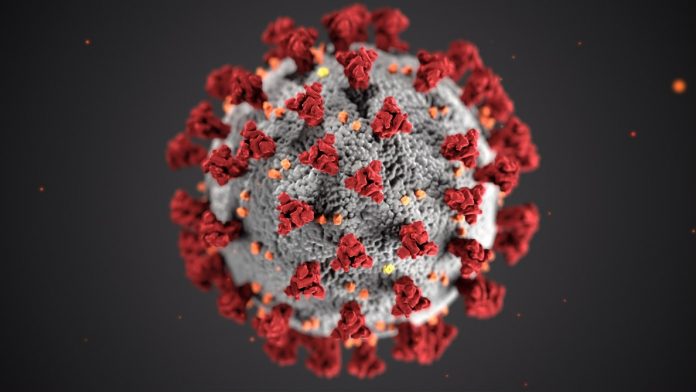 New York City Mayor Bill de Blasio has already recommended New Yorkers wear a scarf, bandana, or some homemade covering over their mouths and noses – but not a surgical mask. He says those should be reserved for medical professionals.
Los Angeles Mayor Eric Garcetti is also asking people to cover their mouths in public.

Dr. Anthony Fauci, the top U.S. infectious disease expert who advises President Donald Trump, told CNN Thursday night he did not understand why some U.S. states have not issued stay-at-home orders as the country battles the coronavirus.

“If you look at what’s going on in this country, I just don’t understand why we’re not doing that,” Fauci said.

Trump has been reluctant to issue a nationwide shelter-in-place order, leaving the decision instead to the individual states, even in the face of the growing number of deaths due to the virus.

About 30 states and the District of Columbia (Washington, D.C.) have ordered residents to stay home, traveling only for essential needs.

The U.S. State Department says on its website that “due to public health measures to limit the spread of COVID-19,” that it is only issuing passports to people with “a qualified life-or-death emergency.” Those emergencies include serious illnesses, injuries, or death in the immediate family that require a person to travel outside the U.S. within 72 hours.

The U.S. health care system has been overwhelmed with patients as the supply of personal protection equipment for medical workers dwindles. Nurses and doctors are increasingly talking to news media about conditions in the hospitals.

One nurse told ABC News that she and her colleagues feel like “sheep going to slaughter” when they go to work.

Another told CNN that her hospital refused to test her for the virus. She said she was later tested by a friend at the hospital and she tested positive. The nurse said she had treated patients while trying to be tested.

A report on National Public Radio said it may take as long as 20 weeks for Americans who do not have direct deposit information on file with the Internal Revenue Service to receive their cash stimulus payments from the federal government’s $2 trillion COVID-19 relief legislation.

COVID infections and its aftermath have caused more than 10 million people in the U.S. to file for unemployment compensation in two weeks.

The Organization for Security and Cooperation in Europe (OSCE) issued a warning Friday about the impact of COVID on the world’s most vulnerable people. It said in a statement: “Victims of trafficking face exceptional danger as entrenched systems of exploitation are thrown into disarray and traffickers seek to maintain their revenue through greater violence or new forms of exploitation.” The statement said the victims include not only women and girls, but also out-of-school children spending additional time online and people who have been forced into labor. The OSCE added, “In the case of trafficking for organ removal, one of the darkest and least addressed forms of trafficking, the impacts of COVID–19 are starting to raise alarm.”

U.N. Special Rapporteurs on migrants, Felipe González Morales, and on trafficking in persons, Maria Grazia Giammarinaro issued a statement Friday about the regularization of migrants “whenever necessary, in view of facilitating their access to health services during the fight against the pandemic.”

“No one should be left behind in this global fight against the pandemic. Governments must adopt measures ensuring every individual in the national territory, regardless of their migration status, is included and has access to health services in order to achieve successful containment of the COVID-19 pandemic,” the U.N. experts said.

The World Bank has approved nearly $2 billion in funds for 25 of the world’s poorest countries to battle the coronavirus pandemic.

India, Pakistan, Sri Lanka, Afghanistan, and Ethiopia will get most of the first payments. The money is specifically earmarked for critical medical supplies, including masks and ventilators.

World Bank President David Malpass says the institution could provide as much as $160 billion in such help over the next year.
India’s lockdown of more than 1 billion people has left hundreds of millions homeless and without food, prompting Prime Minister Narendra Modi to beg for their forgiveness.

In Brussels, NATO foreign ministers have tasked the alliance’s top military officer, U.S. Air Force General Tod Wolters, “to coordinate the necessary military support to combat the crisis, to speed up and step up assistance.”

Wolters will procure cargo planes and other aircraft to deliver medical supplies as well as surplus stocks across the 30-member bloc.

Portugal announced a ban on all commercial flights arriving at its airports and its citizens won’t be allowed to visit other towns except for work.

The new restrictions take effect April 9 and are set to last five days.

“The virus doesn’t travel by itself,” Prime Minister Antonio Costa said Thursday. “This Easter period is a particularly critical time and that’s why it is essential to restrict movement in the national territory.”

The government is also pardoning inmates sentenced to two years or less to prevent a spread of the virus in jails.
Portugal has a little more than 9,000 confirmed cases.

Iraq’s health ministry simply said the sources reporting what the doctors allege are “incorrect.”
In Seattle, Washington, federal officials have proposed a $611,000 fine for the nursing home where 40 people died of coronavirus.

The Life Care Center was ground zero early in the U.S. outbreak.

Federal regulators say the facility had a number of serious problems including failing to quickly identify and properly treat residents during a spate of respiratory illnesses that turned out to have been caused by the coronavirus.

The nursing home has yet to respond to the proposed fine.

The Sputnik V vaccine will be applied in Latin America

Newspaper is your news, entertainment, music fashion website. We provide you with the latest breaking news and videos straight from the entertainment industry.